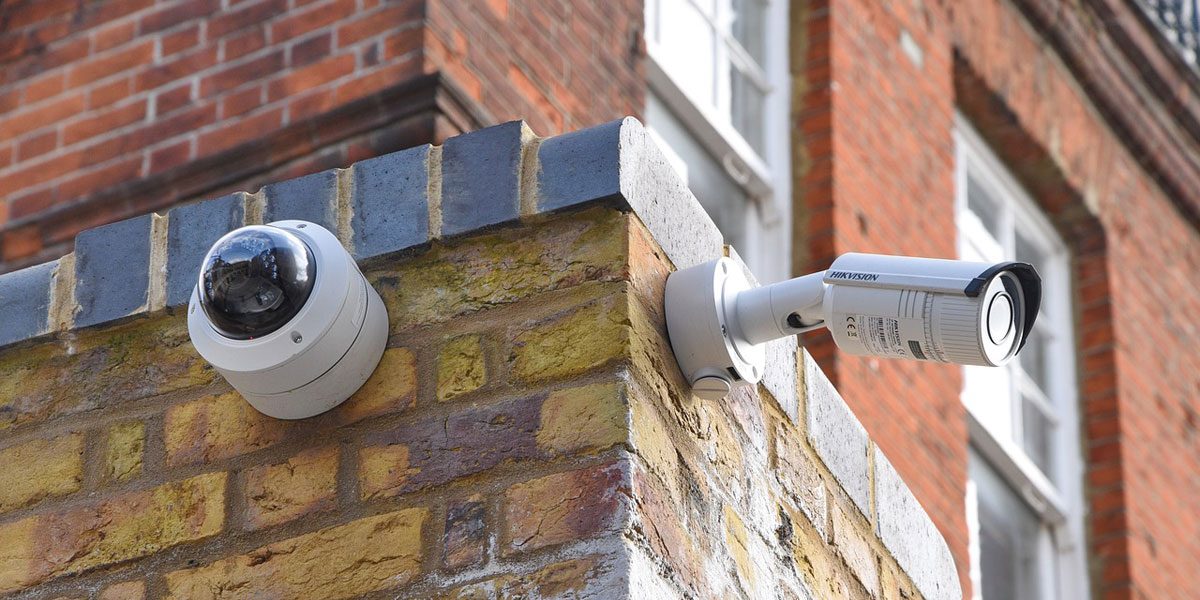 Security cameras are one of the most important equipments required for protecting your property. Whether it’s your residential setting or office, security camera installation is a must for both. These monitor your home for any trespassers, or keep an eye on your employees for any suspicious activities or check for any outside intruders.

Earlier the video surveillance systems were limited to analog CCTV systems where the cameras were connected to a VCR for recording videos. But now they use fully digital network-based security systems connected to Digital Video Recorders for a better image and video quality.

In this article, we shall be differentiating between CCTV camera and surveillance cameras.

What is a CCTV Camera?

Closed-circuit television, abbreviated as CCTV camera is a self-contained surveillance system that transfers the video recordings of the connected cameras to a DVR (Digital Video Recorder) through coaxial cabling.

Because the system makes use of traditional radio frequency (RF), it is considered to be the most efficient and cost-effective means of video surveillance.

What is a Surveillance Camera?

Surveillance cameras are video cameras that monitor the area where they are installed. These work in conjunction with security systems. These cameras can be installed in homes, office, retail stores, or any public places to ensure security and also deter criminal activity. The recorded footage of these cameras is also used as a piece of evidence in case of the occurrence of the crime. You can find different types of security cameras having different types of features.

CCTV camera is an independent security system that records videos and sends them to a recorder, which generally is a DVR, either digitally or through a cable wiring. On the other hand, a surveillance camera is a simple camera that transmits video as well as audio signals to a DVR (which generally is wireless) where these signals can be viewed and recorded. The surveillance cameras are a part of security systems and are used to keep a check on your assets.

The CCTV system collects the video feeds of all the connected cameras and transmits them to the receiving equipment like a monitor. Generally, a coaxial cable is used to make this connection.

An entire network of surveillance cameras makes up the closed-circuit system that is used for monitoring and controlling a specific property. These cameras often work on IP (internet protocol) networks which connect the security (surveillance) cameras from the remote location to the main location.

CCTV camera requires cabling to transmit the video feeds to a limited set of monitors. Additionally, the cameras are required to be strategically placed in a single location. Surveillance or security cameras, on the other hand, transmit the recorded video to an NVR (Network Video Recorder) in form of digital signals through a single PoE cable, eliminating the requirement of power cables.

CCTV camera is used for managing the security of the public as well as industrial facilities. These systems can be combined with intrusion-detection devices for providing better protection. While the security or surveillance camera is better used for simply monitoring a particular area and thus controls any unwanted situation.

Security Cameras Versus Security Guards: Who Does It Better?
August 22, 2019
QUICK INQUIRY FORM
Fill in the below form to get a quick quote or support from us. One of our security consultant will get in touch with you shortly.
Go to Top